The NHL Development Team has been working hard creating a patch to address the current attribute glitch along with making other gameplay improvements.

At this time the goal is to have the patch released sometime in February following adequate testing and normal submission procedures.

More information on the details of the patch will be released as the testing and submission process continues. 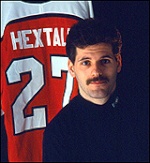 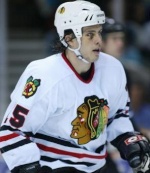 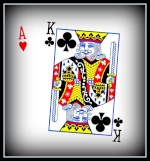 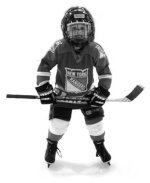 Fråga: Any chance interference penalties will be called after the patch?

Fråga 2: Just a follow up question on this, how strict will the refs be on this now? This is a major problem so if there is a big difference it would be great

Svar 2: >I'd say it is a pretty big difference. One of the guys who abused it a lot got 26 minutes in penalties (or something like that) in his first game after I made the changes, most of them interference (interference gets called as interference and not cross-checking with the patch too). In the area right in front of the goal it is still pretty much a free-for-all for the defense, which might still be a bit unrealistic but I think that is necessary for gameplay balance until there is a more effective tie-up. 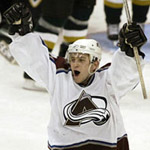 1. 99 Glitch
2. Goalie height will be capped in game. -- CPU goalie range is narrower.
3. AI Delay of Game Glitch (When on PK, AI will not dump the puck out of play as much)
4. Penalties called more frequently especially interference -- mainly just interference and it will be called A LOT more. People who hit early and late and away from the play should be getting ready for the change.
5. AI Goalie tweaking to rid "cheap" goals (Shortside, Goalie Flop, etc...)
6. Increased Pass error when cherry picking occurs ? (passes will be more off the mark) Not in the patch -- I am not sure if this came up in the context of possible changes for NHL10 or ???
7. AI Overall improvement (it's stated, but not exactly sure what will be fixed) I am not sure specifically which posts this is from, but it would probably just be referring to the overall improvement of from each of the other things
8. EASHL Color Tweak (Yellow and Orange more visable)
9. One-timer freeze goal? (being looked into, but will most likely be fixed in NHL 10) Not in the patch
10. Curve shot ? (needs change in animation, so again likely be fixed in NHL 10) -- Not in the 2nd patch but the first patch addressed the problem to some degree
11. St. Louis shot (possible lower power and accuarcy) -- lower accuracy
12. "Ninja Flip" (not sure what this is, but it's going to be fixed) -- this is the LB thing
13. Reduced amount of pauses in EASHL ? (possible fewer pauses when there are bigger teams)
14. 5 min Rule (being fixed but not mentioned if it's in the patch or not) -- this is independent of the patch, we can change it any time because it is on the servers, it will probably happen around the same time though
15. Stick Lift for Classic Control

So far testing is moving along according to plan and the patch should be out before the end of the month if there are no stumbling blocks. PS3 and X360 will probably be on different days since Sony and Microsoft ultimately determine when they go out.

4. Penalties called more frequently especially interference -- mainly just interference and it will be called A LOT more. People who hit early and late and away from the play should be getting ready for the change.

6. Increased Pass error when cherry picking occurs ? (passes will be more off the mark) Not in the patch -- I am not sure if this came up in the context of possible changes for NHL10 or ???

9. One-timer freeze goal? (being looked into, but will most likely be fixed in NHL 10) Not in the patch


Here are the release notes for the second patch.

-Prevent players from entering games with attributes that are raised beyond the level they can reach with the card they are entitled to have. Players who have elevated their attributes this way should reset their character by changing the type and reassigning their points.
-Limit the size of human goalies in OTP/EASHL games to 6'4" (NOTE: it will still allow them to be set larger, but the actual height in game will not go above the new limit).
-Fixed some problems that could cause the game to hang or go out of sync when pausing.
- Prevent use of LB to get up instantly after being knocked over.
-Reduce accuracy of shooting while using vision control to skate backwards.
-Prevent high, accurate slap shots from in close to the net.

-Reduced the ease of beating the goalie on the short side.
-Decrease the tendency of the goalies to use a desperation save unnecessarily.
-Strict calling of interference, though you can still clear players directly in front of the net without getting called for interference.
-Added stick lift to Classic controls using LB+X(XBox) /L1+Square(PS3). It is also on R3 (press Right Stick).
-Fixed shot targeting using the Always Up control when skating down ice.
-Added new NHL rule to locate face- offs in the attacking zone to start a powerplay.
- Prevent CPU players from getting delay of game penalties frequently while clearing the puck from their zone.
- Prevent puck from being poke checked away from the goalie when he has it covered under his glove.
-Reduced the amount of time it takes to get control of the last man back, holding RT(Xbox)/R2(PS3)
-Reduced the amount of time it takes to get control of the goalie, holding LB+A(Xbox)/L1+X(PS3)
-Reduce the range of heights on randomly generated CPU players, including goalies.
-Eliminate the ability to accelerate and maintain high speed which stick lifting.
-More penalties for high sticking when stick lifts are done from behind the opponent.
-Made the colours of the OTP/EASHL indicators more distinct (yellow and orange).
-Made face-off outcomes slightly more random and slightly less dependent on attributes.
-Added assistance to prevent one-timer and shot attempts from leading to accidental hits and interference penalties.
-Goalie tuning to increase goal-scoring a bit to compensate for taking away the easy short-side high goals.
-Improve hit stat tracking to not count all of the small bumps in front of the net.
-Increased injuries caused by CPU teams.
-Prevent puck from being launched with very high speed following a hit.
-AI tuning for superstar. The Aggression slider now affects how intense the CPU team is on that difficulty level.

> So when is the patch for Xbox coming out?

Still not sure, but it is progressing through the standard process with Microsoft. On the first patch it was out a bit earlier on PS3 too, I would imagine a similar difference can be expected for the second.

Jag hoppas att den kommer tidigare.
---
Tillagt:
--> If both patches were delivered to Sony and MSFT at the same time and if history repeats itself, the 360 patch will be published 10 days from now.